Leaked iPhone 8 Image Reveals Touch ID on the Back

A well-known insider Sonny Dickson has shared an image showing leaked schematics of the iPhone 8. The most surprising and awkward thing about the image is the location of the Touch ID fingerprint scanner cutout. It is placed on the back panel, just below the Apple logo. Currently, all iPhone models have Touch ID integrated into the Home button on the front size of the handset. 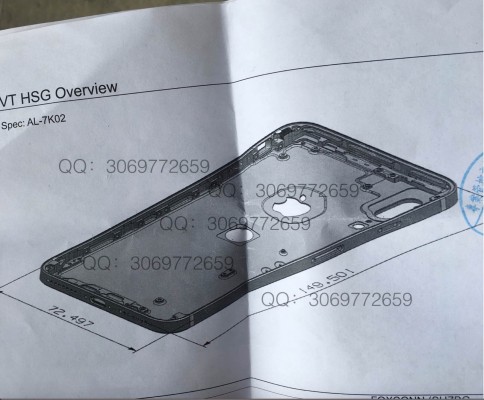 The dual camera cutout is vertical, which is in line with previous rumors, but still rather strange. Similar camera on the iPhone 7 Plus is placed horizontally.

Earlier it was believed that the iPhone 8 may get a glass back shell, however, the leaked schematics reveal a metal panel.

Apple is expected to unveil the iPhone 8 along with the iPhone 7s and iPhone 7s Plus later this year. The premium model may be delayed due to manufacturing issues connected with the 3D sensor or Touch ID fingerprint scanner.