A well-know developer Luca Todesco nicknamed qwertyoruiop has successfully jailbroken the iPhone 7 and once again proven that iOS 10 still contains vulnerabilities that can be used to hack it. 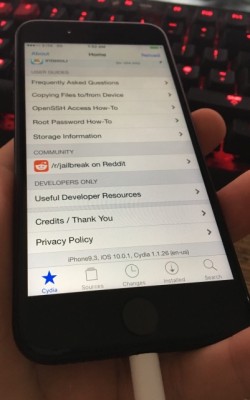 The hacker has earlier today shared a photo on Twitter demonstrating an iPhone running Cydia. The photo itself as well as the device shown by Todesco look legitimate.

Hopefully, soon we’ll see a fully functional tool for jailbreak available publicly. However, it is unlikely that it will be released by Todesco who is interested mainly in research.