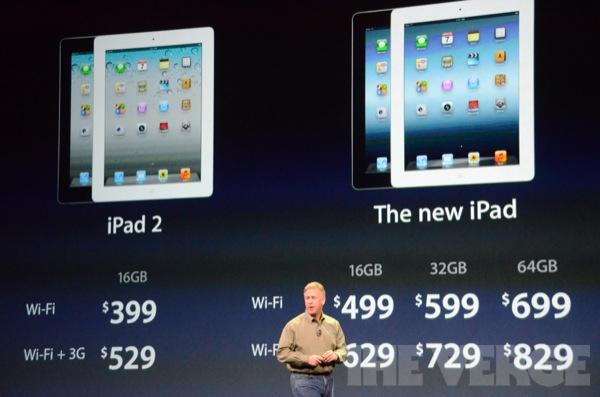 The New iPad presented today will be available starting from March 16 (preoders start today). The prices are as usual for iPad:

After unveiling the new iPad at today’s event, Apple officially confirmed it would continue selling the iPad 2. The price for Wi-Fi-only iPad 2 16GB will be just $399. The Wi-Fi+3G model will cost $529.