Apple’s next-generation iPhone may be called the iPhone Edition, not the iPhone 8 or iPhone X as was predicted earlier. Moreover, the device will feature a brand new design with rear camera located vertically rather than horizontally, Touch ID fingerprint scanner on the back, and a metal, not glass, back panel. The rumor comes from the website called iDrop News, it is based on the information shared by insiders. 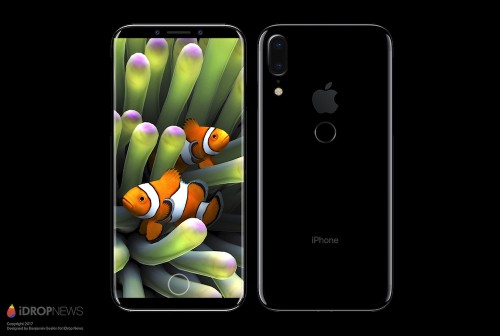 The report reaffirms the rumor suggesting that the iPhone will get an edge-to-edge display with slightly curved 2.5D glass, A11 processor, and other improvements. As noted by iDrop News, the iPhone Edition will still feature wireless charging, even though it is unclear how Apple will add this feature to the phone with metal back.

Anyway, Apple is expected to release the iPhone Edition, iPhone 8. or iPhone X in September. Along with this device, two other devices may be announced, namely, the iPhone 7s and iPhone 7s Plus.

We’ll let you know if we find additional information about the next-generation iPhone.