« Next-Gen iPhone to Be Called iPhone 6SE - Rumor
Here's How You Can Jailbreak Your iOS 9.3.3 Device using New Pangu App Without Computer »

Two new images showing what appears to be a prototype of the second-generation iPad Pro have recently appeared on the Internet. The photos have been reportedly shared by an unidentified Chinese supplier.

As you can see below, the tablet has a model number MH1C2CD/F that is a bit different from the numbers current 12.9-inch iPad Pro models have. Moreover, the unit depicted on today’s photos reveal the storage capacity of only 12GB that is a bit of surprise. However, provided that the photos are legitimate and we see a real iPad unit, we may assume this amount is enough for a prototype device. The device is running the latest iOS 10 beta released to developers earlier this month. 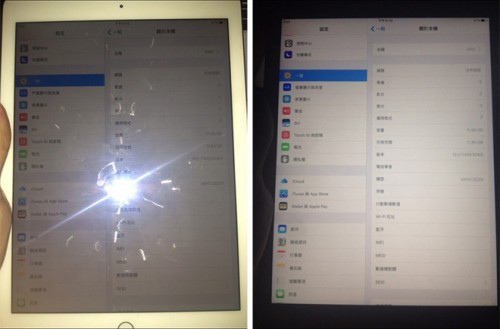 An updated 12.9-inch iPad Pro would likely feature a faster A10X processor, an improved camera, and the True Tone display that debuted with the 9.7-inch iPad Pro.

Apple is expected to release a new iPad Pro version in the fall. The original 12.9-inch tablet was released in September of 2015.

« Next-Gen iPhone to Be Called iPhone 6SE - Rumor
Here's How You Can Jailbreak Your iOS 9.3.3 Device using New Pangu App Without Computer »