« Mockup: What a Tall 'iPhone 5' with 4-Inch Display Looks Like
Retina-displays Will Add Up To 100$ To MacBook Pro Costs »

Next MacBook Air Update to Focus on Retina Displays 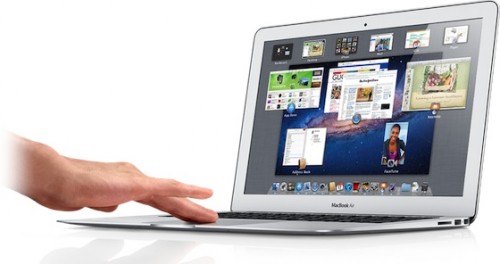 Apple’s new MacBook Air will not see major changes across the entire computer like the next-generation MacBook Pro, but this update will truly be all about the Retina Display. [...]

Apple is preparing both new 11.6-inch and 13.3-inch models. These new Airs lack notable design changes, but feature fast and power-efficient Ivy Bridge processors and improved graphics engines to support the Retina Display, according to supply chain sources. The new Airs will also use improved Apple internal battery technology in order to support the battery life required by high-pixel-density screens such as the Retina Display, according to sources familiar with prototype versions of the super-thin notebook’s internal components.

9to5Mac’s source suggests that the updated MacBook Air is unlikely to appear in the nearest months. Apple is still puzzled by the Retina display's power requirements within the MacBook Air's thin form factor.

« Mockup: What a Tall 'iPhone 5' with 4-Inch Display Looks Like
Retina-displays Will Add Up To 100$ To MacBook Pro Costs »