The Pangu team has released a jailbreak of iOS 9.3.3. Currently, the app for jailbreak is available only in Chinese, but very soon the hackers will release an English version. 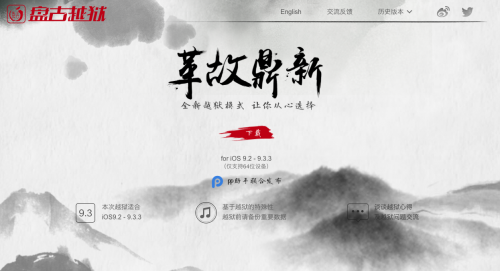 It should be noted, however, that the jailbreak is not fully untethered. You will need to run the jailbreak app on your device each time you reboot it. There’s another issue with the latest Pangu application version. It is compatible only with the 64-bit devices, which means that if you own an older iPhone 5, you won’t be able to hack it.

Below you will find a full list of the supported devices:

If you know Chinese, you can download the Pangu jailbreak of iOS 9.2-iOS 9.3.3 from the official of its developers.