Apple executive Phil Schiller has recently tweeted a link to a Cisco research report showing that a huge part of mobile malware - about 79% - is developed specifically for Android devices. This means that this operating system is less secure and stable than all the other. 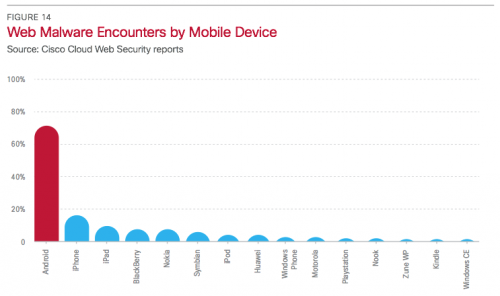 Well, I can't be sure that all the figures are 100% legitimate, but we all know that Android is definitely not the most reliable operating system on market.