According to the study that was recently conducted by a research firm JDSU, iPhone 5s users seem to be the ‘hungriest’ data consumers if compared to owners of nearly 150 other devices in both developed and developing markets across the world. This is a huge improvement, especially if to compare the amount of data downloaded by iPhone 5, 5s and 5c owners to the results of iPhone 3G several years ago. 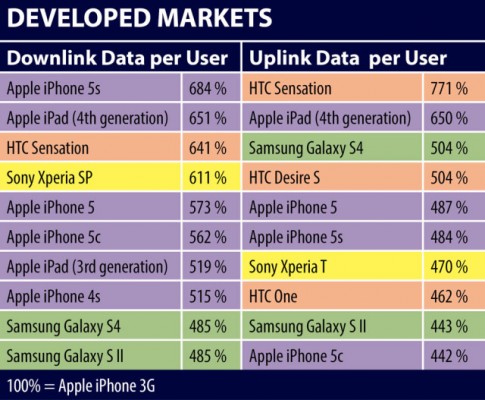 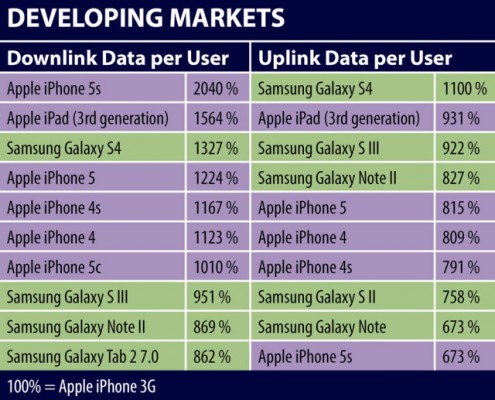