A couple of images showing something very similar to the Touch ID fingerprint sensor for Apple’s iPhone 6 surfaced on the French website Nowwhereelse.fr. As we may see on the photos, the leaked part looks similar to the sensor found inside of the iPhone 5s. Apart from the sensor, there’s also a flex cable. 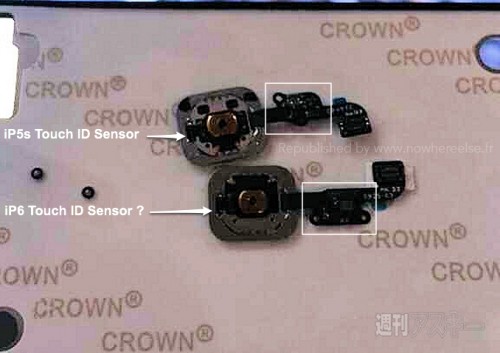 I don’t know if the can believe the leaked images or not as there’s no way to check their legitimacy. Keep this in mind. 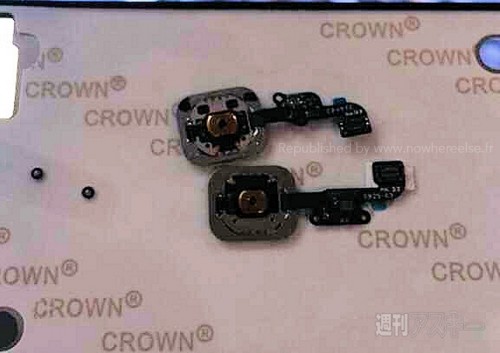 The only visible difference is the relocation of screw holes that correlate to the iPhone chassis. Earlier we reported that Apple supplier TSMC would be producing fingerprint sensors for all future iOS devices. Another report also claimed the new fingerprint sensors would be much more durable that the current iPhone 5s sensors.

Apple is expected to release its next-gen iPhone later this year. The 4.7-inch model will hit the store shelves this fall and the 5.5-inch smartphone due to the manufacturing difficulties could be delayed to the fourth quarter of 2014.