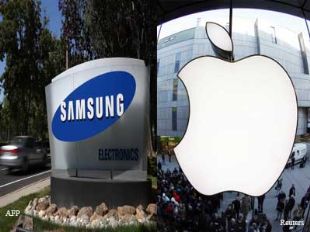 After HTC and Apple a global settlement on patent dispute between companies, some observers wondered whether this move could trigger a broader effort to settle similar disputes in the industry. Apple and many manufacturers of Android devices have been locked in patent disputes for the past years.

Samsung has rapidly become the dominant manufacturer of Android-devices and Apple’s most principal rival both in the marketplace and the courtroom. But as the , Samsung has no intention of settling disputes with Apple.

Today, when asked if Samsung would try to reach a similar settlement, the head of Samsung’s mobile unit J.K. Shin said:

"We have no such intention"

The terms of the settlement between Apple and HTC were not disclosed, but market observers estimate that HTC will pay Apple from $6 to $8 per smartphone, which would translate to $180-$280 million a year.