Apple's mail rival - Samsung - has sued a newspaper called Electronic Times for 300 million KRW (this is about $284,000) over the article about the company's latest flagship Galaxy S5. The authors of the publication claim the smartphone has a faulty camera, which is incorrect, Samsung believes. 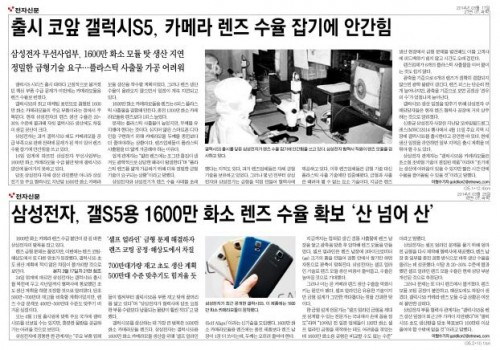 Samsung alleges the news source published incorrect information, while the news site appeared to defend its reports, stating that "the story fits the facts" and was not a "false alarm."

The South Korean manufacturer thinks that negative reviews in mass-media may influence the sales of the device in the first quarter after its launch.

I'd like to point out that Apple encounters the same problem each time it launches a new device, however, the guys from Cupertino have never appealed to court to defend the reputation of the device.