According to the latest report from Macotakara, the schematics for the 5.5-inch iPhone 7 Pro have been recently published in the latest issue of the local magazine called Mac Fan. As noted by the reporters, the upcoming handset will have the dimensions of 158.22 x 77.94 x 7.3mm and a dual rear camera. Apart from that, the device will lack the traditional 3.5mm headphone jack. 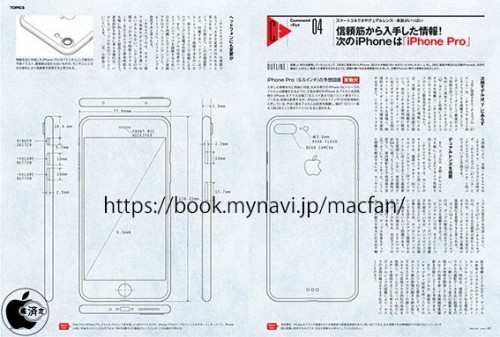 It is not entirely clear whether we can believe the leaked schematics or not, anyway, they go in line with the recent rumors and reports.

The schematics were published in Mac Fan's June 2016 edition.

Rumors suggest that the next-generation iPhone will feature a better processor, new dual-lens camera, redesigned back panel, Smart Connector and a number of other improvements.