Take a Look at This New iPhone 7 Spy Photo

A new alleged iPhone 7 photo has been recently spotted on the Internet. This time the image was posted on the website called techtastic.nl that has been correct in the past. The latest photo is quite similar to all previous leaks and shows a redesigned and slightly larger camera as well as new antenna bands. The handset depicted below apparently lacks the headphone jack, however, because of the poor quality of the photo we can’t be totally sure the 3.5mm connector is indeed missing. In general, the photograph goes in line with all current rumors and reports from reliable insiders. 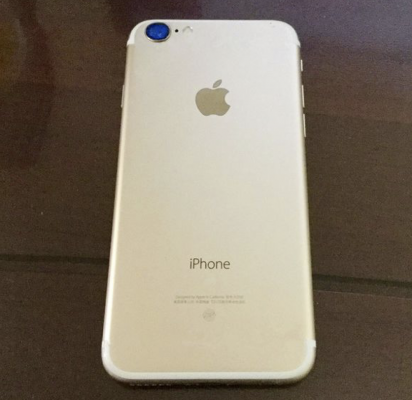 The new design for the antenna shown in the photo above is consistent with previous leaks that started as far back as March. And more leaks back in May claiming to show leaked spy shots of iPhone 7 components with similarly redesigned antenna lines on the back case.

Apple may unveil the iPhone 7 along with a larger model called the iPhone 7 Plus or Pro in September. As outlined above, the design of the both devices may be slightly refreshed. Still, the hardware improvements remain unknown. Apple will likely equip the handsets with better processors and cameras as well as new LTE and storage chips. Some insiders believe the company will finally eliminate the 16GB model in favour of the 32GB one.