Apple has just seeded new betas of iOS 10 and macOS Sierra to developers for testing. Both pre-release software versions contain a number of minor enhancements including bug fixes and performance tweaks. Looks like there are no new features apart from those that have been announced during the Worldwide Developers Conference keynote in June, but in case we find something worth your attention, we will let you know. 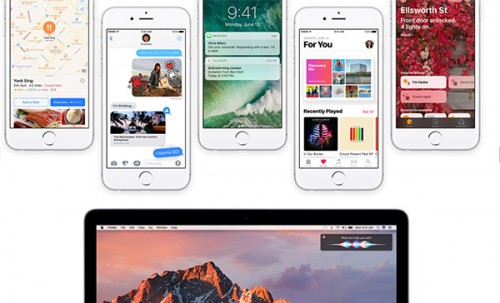 If you have a compatible iPhone, iPad or iPod touch running iOS 10 Beta 1, you can update to the second pre-release version using the Software Update mechanism. The same thing is with macOS Sierra Beta 2. It is available for all developers through the Updates section of the Mac App Store.

If you haven’t yet installed iOS 10 or macOS Sierra on your phone or computer, I suggest that you should wait till the release of the first public version of the software. Apple has promised to launch a public testing program in July, so let’s wait for some more time.