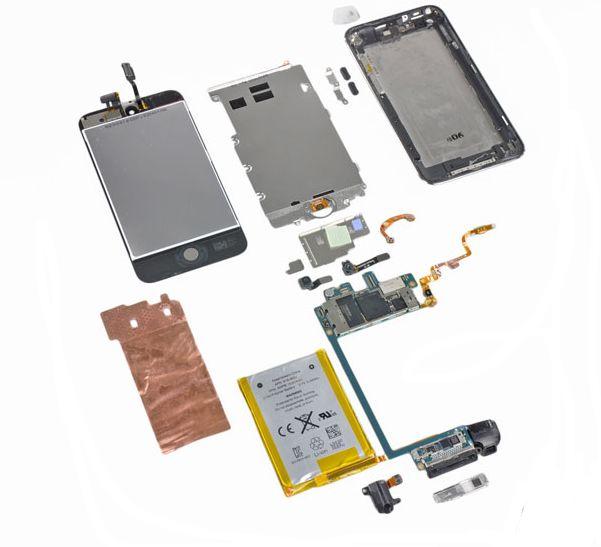 iFixit took Apple's latest iPod touch apart to reveal its new features contained within, including the 640x960 pixel Retina Display, dual cameras, three-axis gyro and A4 processor. The iPad and iPod touch CPU includes 256MB of random access memory, or RAM, while the iPhone 4 has twice that - 512MB. "And no, there's no RAM upgrade slot," the site quipped. 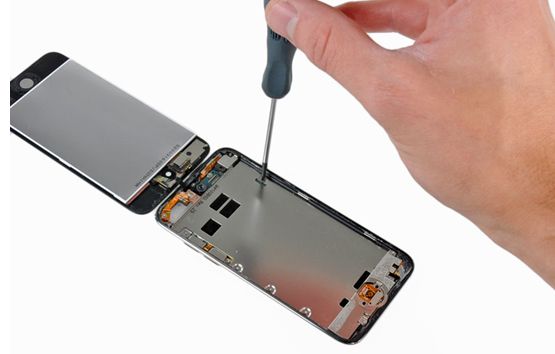 The disassembly also found a singular antenna within the device that allows for Wi-Fi connections. It is situated near the front glass panel. The solutions provider also found that while the iPod touch has a rear camera that shoots lower quality photos than the iPhone 4, both devices have identical forward facing cameras for FaceTime video chat. 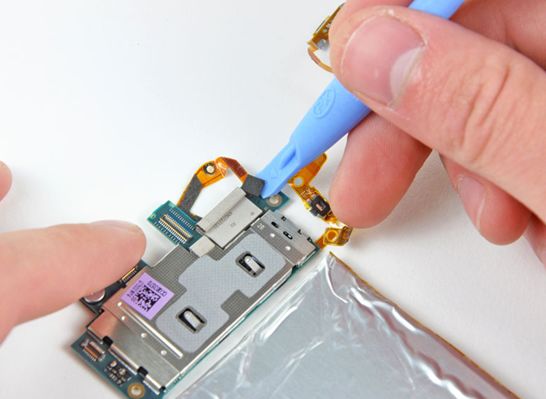 iFixit also discovered that the new speaker inside the fourth-generation iPod touch emits audio through a grill, as well as through the iPod dock connector. The site also found a mysterious white plastic piece that it could find no use for other than to save space. 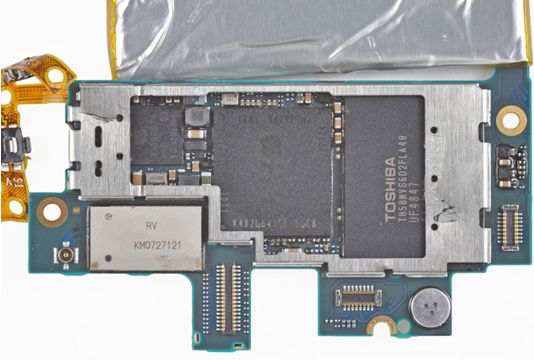