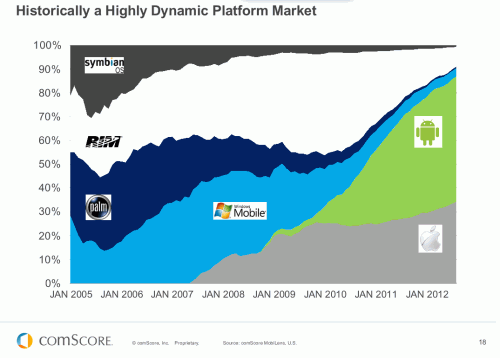 Check out these charts that visualize the rise and fall of key players in the smartphone market since 2005. The data is from comScore's 2013 Mobile Future in Focus whitepaper.

While Android and iOS might appear poised to lock up the smartphone market for good, it is worth looking at the history of the smartphone market to understand just how quickly fortunes can change. In 2005, the market was dominated by Palm, Symbian and BlackBerry. However, by the following year all three had ceded control to Microsoft as the new market share leader. 2008-2010 saw BlackBerry stage a comeback to assume the #1 position before eventually giving way to the upstart Android platform in 2011. The only key player in the current smartphone market never to have owned the market share lead, interestingly enough, is iOS. 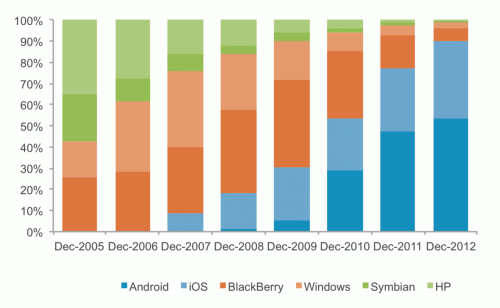