The Wall Street Journal reports that Apple has asked its suppliers to provide the company with a 13-inch iPad screen. Soon after such rumors, CiccareseDesign has made some renderings to show how this new tablet may look like. You may look at these images below. The screen size of the imagined tablet is increased from 9.7 inches to 12.9 inches. The aspect ratio remained unchanged and makes 4:3. 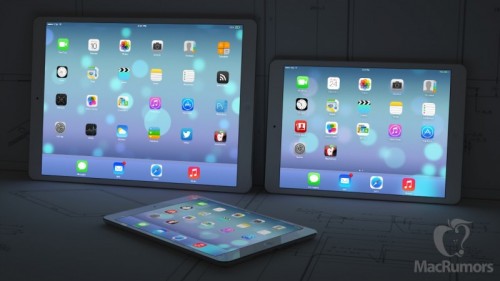 Increasing the diagonal measurement of the iPad's display from 9.7 inches to 12.9 inches while maintaining the same 4:3 aspect ratio yields a substantial increase in display area of about 40%, leading us to believe that Apple will not simply scale up the existing iPad resolution to the larger screen size. Doing so would reduce pixel density from the 132 pixels per inch (ppi) or 264 ppi Retina on the current iPad to approximately 99 ppi (198 ppi Retina), making icons and other interface elements extremely large. 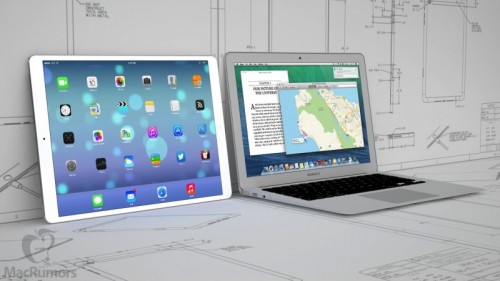 Anyway, Apple is believed to release the next generation of the 9.7-inch iPad this fall. Moreover, soon after the iPad 5 launch the company from Cupertino will show us the new iPad mini with a Retina display, thinner bezels and other upgrades and improvements. Both devices, of course, will be working on iOS 7. If to speak about the 13-inch iPad, its release date is still unknown.