Two stores, located at Maryland's Arundel Mills Mall were selling fake Apple products and components under the guise of genuine ones. The value of the counterfeit parts found recently by the police is around $89.000, reports. 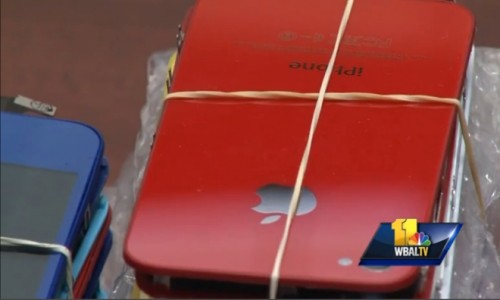 The products seized include colored iPhone conversion kits, allowing customers to give a new look to their smartphone. But the parts were improperly adorned with the official Apple logo, suggesting to customers that the knock-off parts were authentic.

Other fake parts included covers, cases and replacement screens, for both the iPhone and iPad. Police had an Apple representative check the items to confirm they were fakes.

In addition to putting the Apple logo on non-Apple parts, the shops were allegedly engaged in other activities, such as putting black stickers over parts to cover up the fact that they were counterfeit.

This is probably one of the first cases when the American store is accused of selling counterfeit Apple products. These days, the company from Cupertino has a lot of troubles in China, where the fake components for both iPhone and iPad are sold here and there.