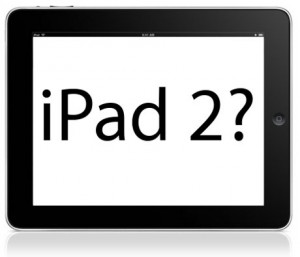 The United Kingdom wireless carriers have begun lowering their prices on the first-generation iPad in anticipation of the launch of the iPad 2 in April. Both T-Mobile and Orange are now selling the original iPad for £99 with a 24-month data contract. This £100 is a strongly indication that carriers know that their current iPad stocks will soon be in less demand. Though, there is no information on official launch of the iPad 2. But on April 3rd will be a year since the original iPad was released, the history of iOS product launches strongly suggests a late March or early April debut of the iPad 2.