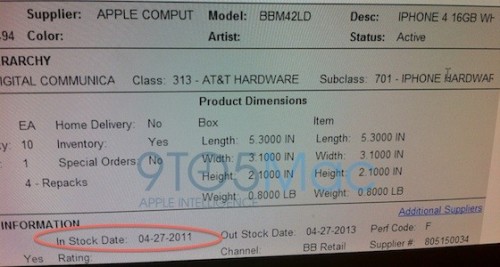 According to Best Buy inventory system, the white iPhone 4 will be released on Wednesday, April 27th. That particular screenshot is for the AT&T, GSM model of the white iPhone 4, but a CDMA version is coming, too. Both 16 GB and 32 GB white units have already been shipped to Best Buy locations across the United States, so those models should arrive by Monday or Tuesday ahead of the Wednesday launch. White iPhone 4s have already arrived at phone retailers in the Netherlands and at Vodafone in the UK.