Will Apple go on using Google Maps in iOS 5? 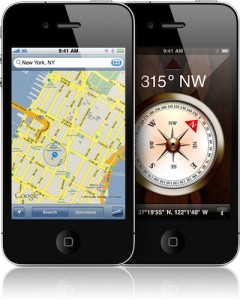 Irrespective of multiple claims about modernized notifications and widgets in iOS 5, Apple is not going to stop using mapping service by Google according to new 9to5Google’s . It was also mentioned in the source that all the intents to strengthen geolocation ties with Google still give no positive results, and the developers still have to do a lot of work to produce a finished product.

“Although Apple is working to improve the iOS Maps application, iOS 5 will not bring an Apple developed maps service and Google Maps is still in.”

9to5Google also reminded Apple has already made few steps to create its own maps service:

“Besides Apple's purchase of both Placebase and Poly9, some speculated that Apple is building their own maps service to either compete with Google or step away from their input into iOS.”

Previously Apple has indeed hinted that it is planning to introduce major changes to Google Maps application developed for iOS 5. It also mentioned the fact that it is developing a traffic service based on GPS mapping.