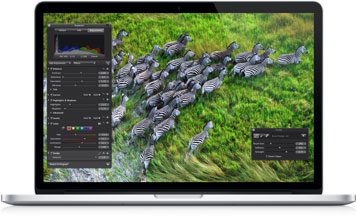 According to a from 9to5Mac, Apple will debut the rumored 13-inch Retina MacBook Pro along with the iPad Mini in October. The report notes:

The new MacBook Pro models line up with predictions of analyst Ming-Chi Kuo about a separate Retina display line that will be available along with the existing MacBook Pro lineup.

Apple will reportedly introduce the iPad mini at the media event on October 23rd.