Amazon’s Tablet Is Expected In 60 Days. Will It Present Serious Challenge To iPad? 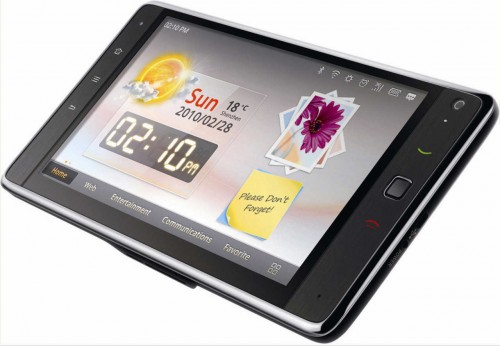 We’ve heard rumors that Amazon is planning multiple mobile devices and their chief Jeff Bezos teased us to “stay tuned”.

Besides, they cut the Kindle’s price by $60 and made the device open for developers in reaction to original iPad release.

As , Amazon is readying to launch the tablet PC powered by Android at some moment from August to September, which is the narrowest time frame of possible release given by the market sources:

Amazon is poised to step into tablet PCs and will launch models as soon as August-September, with targeted global sales of four million units for 2011, according to Taiwan-based component makers. The timing of launch is to meet the peak sales period prior to Thanksgiving in the US and the year-end holidays in the US and Europe, the sources pointed out.

Selling four million units is a very ambitious plan for about four months worth of sales.

There is very little information about the innards of the Amazon tablet except what market sources said to Digitimes that it will contain a Texas Instruments processor and touch panel from Wintek.

If Amazon can distinguish its product from the competitor with special hardware features for example color e-link technology or AMOLED display and based on that attractive and customized user interface, interaction with their content stores (songs, books, apps and movies) and licensed one-click purchase function then this Amazon product may stand good chances of growing into a first-tier tablet producer and posing a real challenge to Apple’s iPad.