Android and Apple Eat Into RIM and Microsoft Smartphone Marketshare 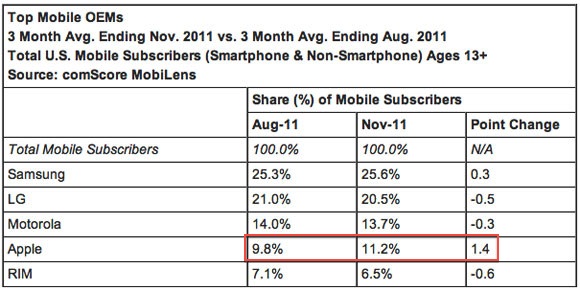 Market research company comScore their latest estimates of market shares taken by the main players on the mobile market. Apple’s share continues to slowly move upward with 11.2 percent of all U.S. Mobile Subscribers.

Apple’s share is up from 9.8 percent in August and 10.2 percent in September. During this time, which covers the iPhone 4S launch, Apple’s growth was faster than its rivals. These estimates are for both non-smartphone and smartphone U.S. subscribers. 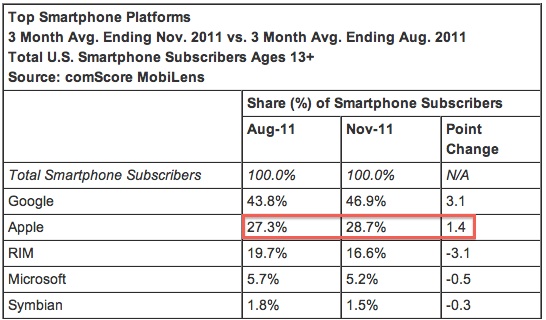 When comparing and November numbers, the difference in growth between Android and Apple is even smaller (2.1 points vs. 1.3 points). The launch of iPhone 4S in October should be included in these numbers.

comScore tracks installed user base instead of new device sales, which makes its data more reflective of real-world smartphone usage but less sensitive to rapidly shifting market tendencies than some other studies.