The United States Patent and Trademark office has recently granted Apple’s rights for the patent called “Systems and methods for ejecting removable modules from electronic devices". Or, in other words - for a new SIM card tray design. According to the Apple’s application, such a design will allow to retain and eject the SIM card using magnetic means instead of mechanical that are said to be inconvenient. 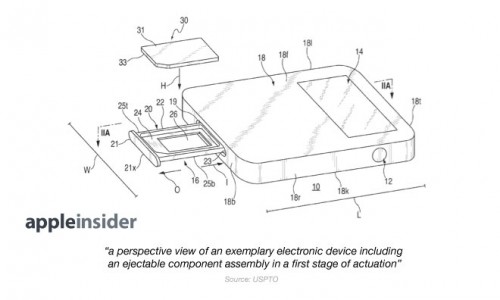 Apple tries to be innovative and patents another technology that can be successfully used in would-be devices.