Apple issued an update that fixed recent bugs. In iOS 11.1.2, Apple fixed the issue when iPhone X didn’t respond to touch in cold weather. Besides, Apple also fixed the distortion of Live Photos on the phone. The update is available for all users and can be downloaded over the air. 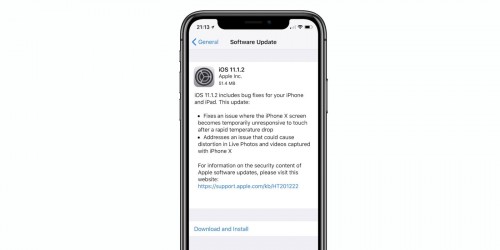 The bug with a bad response to touch has been revealed a week ago and Apple has already patched it. The company is working on the improvements to its software, having fixed the autocorrect and Hey, Siri bugs. Still, there is a lot of work to do, as the major release iOS 11.2 is going to add 7.5W wireless charging and Apple Pay Cash options.