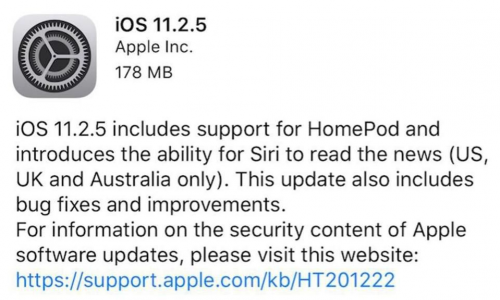 macOS 10.13.3 has not many changes, just several improvements. This includes minor Messages fix and addresses the issue with Mac that stopped responding when connected to an SMB server. Besides these improvements, macOS 10.13.3 also addresses Meltdown and Spectre vulnerabilities.

iOS 11.2.5 traditionally got more updates related to the upcoming HomePod release. Now, if you purchase HomePod, iOS devices will help you in setting it up. Apple also added a Siri command that will make her play the news for you. The feature is currently limited to US, UK, and Australia only. Minor bug fixes are also included in the update.