Just after the OS X Mavericks launch, users began to complain about bugs connected with Mail app. At last, Apple released an update that is capable of resolving all of the issues. 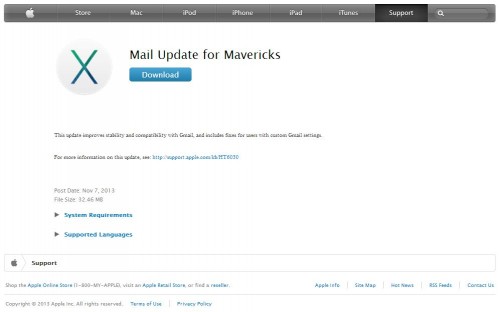 Mail Update for Mavericks includes improvements to general stability and compatibility with Gmail, including the following:

Before installing Mail Update for Mavericks, you should back up your system and then follow the on Apple’s official website.

The update was released last week, however, only for developers. Now it is available for every single OS X Mavericks user across the world. One can download it at the .