Apple has released iOS 10.2 beta 5 to developers for testing purposes. The latest update has a build number 14C89 and features a number of bug fixes and improvements, mostly for the new TV app that should replace the Videos app. Apple has also added some new wallpapers to the latest version of firmware. It appears there are no new features in this update. 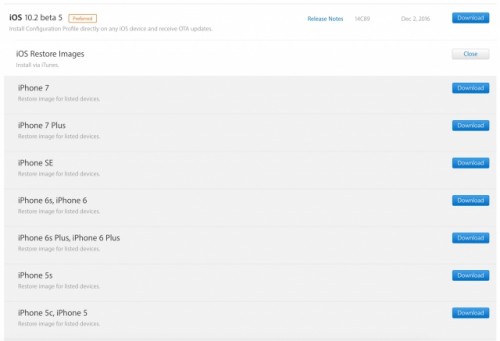 On iOS 10.2 beta 5, the TV app on the iPod touch should be more stable and no longer crash or display the “TV is unavailable” error. Apart from that, Apple has fixed the issue that caused iTunes 12.5-12.5.3 to delete the content of the application after syncing the device.

If you have a developer account and a compatible device, which is iPhone 5 or later, iPad mini 2, iPad 4, iPad Air, iPad Pro, iPod touch 6G or later, you can download and test the new iOS 10.2 build right now.

Before the update, don’t forget to back up your device so that you can restore content and settings in case something goes wrong with the latest version of iOS.