Apple has released iOS 10.2 to users worldwide. The update contains a wide number of security, stability, and performance improvements along with the dedicated TV app and about a hundred of new emojis. 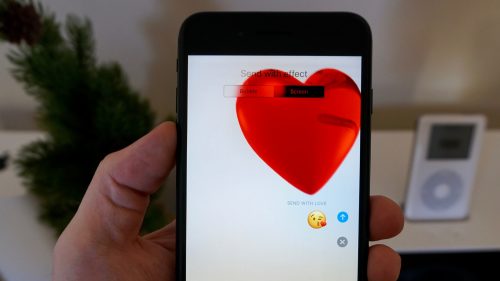 Apart from other things, the update contains bug fixes for Safari and FaceTime. iOS 10.2 also brings new screen effects for iMessage, improvements to the Mail app as well as tweaks for Live Photos and the Photos app. Hopefully, the latest update resolves the issue with the battery on the iPhone 6 and some other models that power off each time the battery level reaches 30%.

If you have an iPhone 5, iPad mini 2, iPad 4, iPad Pro, sixth-generation iPod touch or any newer smartphone or tablet, you can download and install iOS 10.2 right now.

The newest firmware version is available as an OTA-update through the Software Update section of the Settings app, or via iTunes. Before upgrading to iOS 10.2, don’t forget to back up all important files in order not to lose them in case something goes wrong during the update.