Apple today started to seed the fourth beta of iOS 11.1 to developers, only four days after the third beta has been released. The download is available for users who have an Apple Developer account. 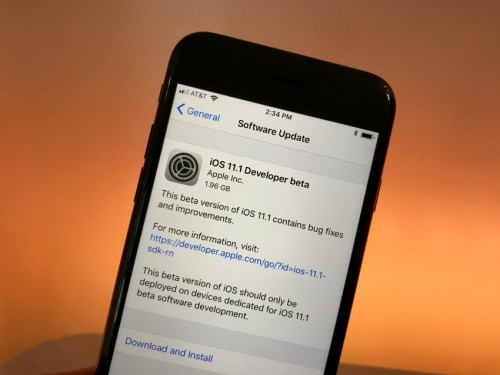 Apple is preparing to iPhone X release and is trying to refine iOS 11 to work with it. The fourth beta of iOS 11.1 includes bug fixes and stability improvements and some features from the previous versions, like 3D Touch multitasking, Reachability feature and hundreds of new emoji. Besides, the fourth beta of iOS 11.1 includes a fix for the recent WPA2 Wi-Fi protocol vulnerability.

iOS 11.1 can also bring Apple Pay Cash despite it is absent in the beta versions. Apple employees are now testing the feature. iOS 11.1 is expected to come out with iPhone X release in November.