Apple on Tuesday released iOS 9.2 to users worldwide. The latest version of Apple’s mobile operating system features a wide number of stability, security and performance enhancements as well as some changes for Apple Music, Mail and Safari. Apart from that, the most-recent update brought the support for Lightning to SD Card Reader, Arabic language for Siri and some other less conspicuous enhancements for iPhone, iPad and iPod touch users. 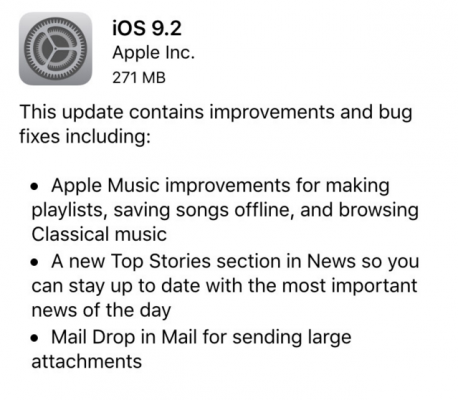 According to Apple, iOS 9.2 contains such tweaks:

If you have a compatible device and want to upgrade to the latest iOS version, you can do this right now using either iTunes or the Software Update section of the Settings app on your device. Before the upgrade, make a backup and check your network connection.