Apple has released new betas of iOS 10.3 and macOS Sierra 10.12.4 to developers and the members of Apple Beta Software Program. The updates contain a number of bug fixes and under-the-hood changes aimed at making the software more stable and secure. 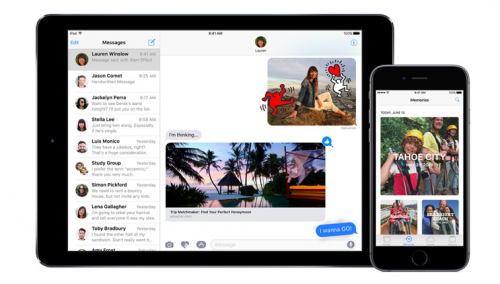 iOS 10.3 beta 4 has a build number 14E5260b. Apple has fixed the bugs in iCloud Analytics and iCloud Backup. The Find My iPhone feature now lets users play sounds and determine the location of the AirPods. There are some other less conspicuous enhancements as well.

The latest beta of macOS Sierra 10.12.4 has a build number 16E175b. Focus areas include the Night Shift mode, Siri, and Dictation. No notable design changes or new features have been spotted in the latest software version.

If you have a compatible device, you can download the latest betas right now. Don’t forget to back up your phone, tablet, or computer before the update. The software is pretty stable, but you should always be careful and remember about possible issues.