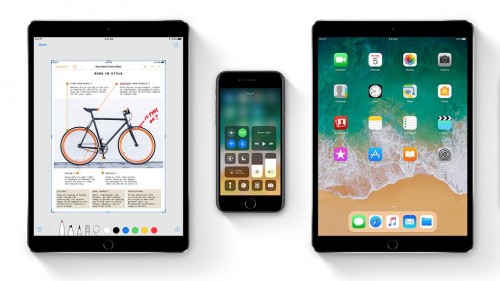 The fourth beta of High Sierra has no major improvements. The Contacts icon will now have a female silhouette and the Now Playing widget’s appearance in the Notification center is updated. Some enhancements have been added to Safari that is promised to be faster and Siri that will have a more natural voice. There were also updates for Photos app, Notes, FaceTime, Messages and more.

Unlike macOS, iOS 11 beta 4 has more new features. One of the most important is new Notification center: the long awaited swipe to close feature has been added. Swiping left will close the notification while swiping right will open it, previously asking for the passcode or Touch ID to unlock the iPhone and open the corresponding app.

The Capacity section in the General part of Settings will now show the total amount of storage a device has, not the available storage.

AirDrop section has been added to the Settings, giving a possibility to turn AirDrop on or off or customize it. Previously it was only possible to do from the control center. Some minor design changes have been also spotted.

iOS 11 beta 4 is now available for developers only.