Apple has released the fourth beta of iOS 10.2 to developers for testing. The update contains a number of bug fixes for the new TV app as well as stability, security, and performance enhancements. The build number of the latest pre-release firmware version is 14C82. 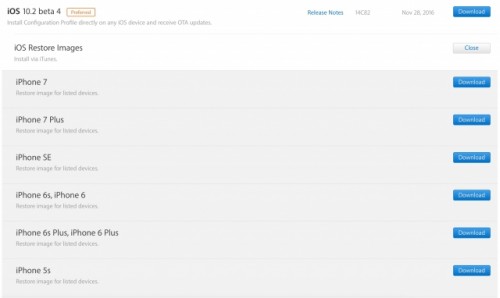 Below you can take a look at the list of changes brought with iOS 10.2 Beta 4. All of the improvements are connected with the new TV app that replaced the dedicated Videos application.

If you have a developer account and a compatible iPhone, iPad, or iPod touch, you can download and install the latest build of iOS 10.2 right now. Don’t forget to back up your device in order not to lose data in case something goes wrong.