Apple today released the fifth beta of iOS 11.2. The update is available for both, developers and public testers. It can be downloaded from the Apple Developer account or over-the-air. 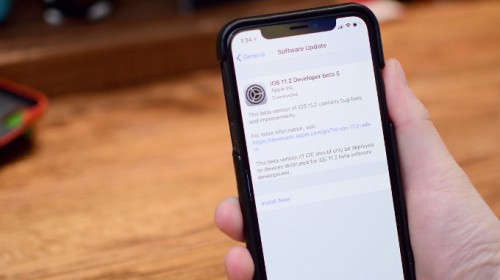 The update’s size is around 47 MB, so it’s not expected that this version brings some great changes. The biggest change is performance, as estimated by iDownloadBlog. The benchmark test GeekBench 4 confirmed this. The current beta got 4,157 points in single-core performance and 10,088 points in multi-core performance. It’s a significant improvement compared to the previous beta that got 3,953 for single-core and 8,432 for multi-core categories.

The fifth beta may not be very exciting, but the official iOS 11.2 update is going to bring more interesting features like Apple Pay Cash, 7.5W wireless charging, AirPlay 2 support, fix for the Calculator app bug and more.