Apple on Friday seeded the second iOS 7.1 beta to developers. According to , this security and maintenance update for both iPhone and iPad contains numerous bug fixes and improvements for iTunes Match, iPhone 5s’s Touch ID fingerprint sensor and more. 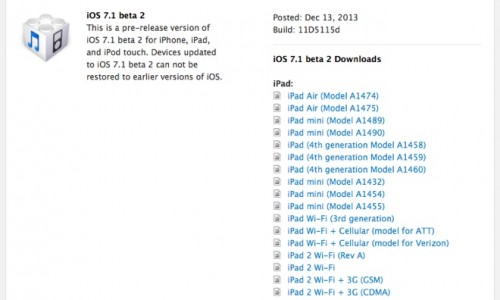 iOS 7.1 beta 2 is now available for download from Apple's developer website, as well as over the air on test devices. It is not intended for general public use, and is provided solely to developers for testing purposes. The software is said to be identified as build 11D5115d.

The first iOS 7.1 beta was released about a month a ago. As to the last iOS version available for non-developers, it is iOS 7.0.4, which addressed a FaceTime bug.