Another confirmation of Apple’s plans to release the iPhone 7 and iPhone 7 Plus as well as three new Apple Watch models and wireless headphones called the AirPods has appeared online. This time it is the Eurasian Economic Union (EAEU) certification document that is required for Apple to sell new products in Armenia, Belarus, Kazakhstan, Kyrgyzstan, and Russia. 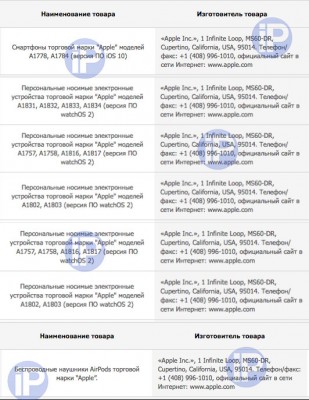 Alongside new iPhones, Apple may also unveil the Apple Watch 2 with a number of hardware improvements and watchOS 2 on board.