According to the latest report from a Japanese website Macotakara, the next-generation iPhone will come in a new color, namely, Gloss Black. The shade is similar to the color the Mac Pro has. Earlier this year, first rumors about the device have appeared on the Internet suggesting that Apple may be planning to discontinue the Space Gray iPhone and introduce a new shade. 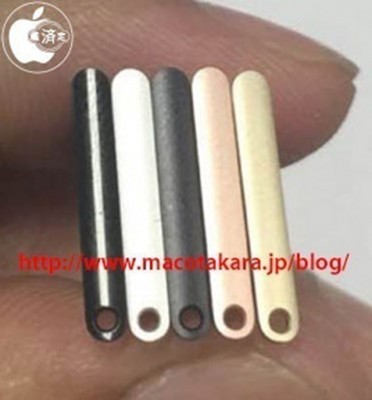 Below you can take a look at the image showing the SIM tray in new black color. The photo is of rather poor quality, but still, it allows to understand how the new shade looks like.

Current Silver, Gold, Rose Gold, of the color line-up of space gray, space gray is changed to black that utilize a sense of aluminum material, was joined by black with a beautiful gloss similar to the Mac Pro (Late 2013).

Once again, Apple will reveal the new iPhone on September 7th. There will be two models called the iPhone 7 and iPhone 7 Plus.