According the latest complaints from early Apple Watch customers, the Digital Crown on many devices seems to be a bit faulty. It is sometimes difficult to turn it. Well, yes, it works and that is the main point. That’s not a big disadvantage or inconvenience, however, if you purchase a brand new device, you always expect it to work perfectly well, right? 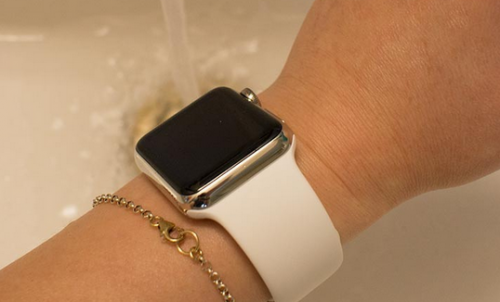 Apple is aware of the issue and has already commented on it. According to this comment, those Apple Watch users, who encounter any problems should simply rinse the Crown in water.

Some users have discovered that the problem is resolved by a quick rinse in water, a fix that Apple recommends in a support document. According to Apple, if the digital crown gets stuck or won't move, it could have dust or debris underneath, fixable by running the Apple Watch under fresh water from a faucet for 10 to 15 seconds.

If you have an Apple Watch and feel some difficulties in using the Digital Crown, you may try the aforementioned steps. Leave your comments below this post if Apple’s instructions don’t help you.