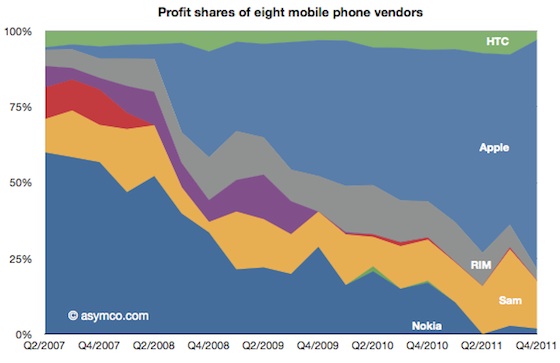 Asymco's analyst Horace Dediu has published his of profit and revenue distribution in the global mobile phone market. According to his analysis, Apple has increased its share of the top phone manufacturers’ profits to 75 percent. Samsung followed in second position with 16 percent of profit share, and no other manufacturer received more than 4 percent of profits.

Dediu’s estimations cover eight top manufacturers of mobile phones: Apple, Samsung, Nokia, HTC, LG, Research in Motion, Sony Ericsson and Motorola. While the analysis does not include several big players such as China-based ZTE, his calculations provide a relatively full picture of the market. 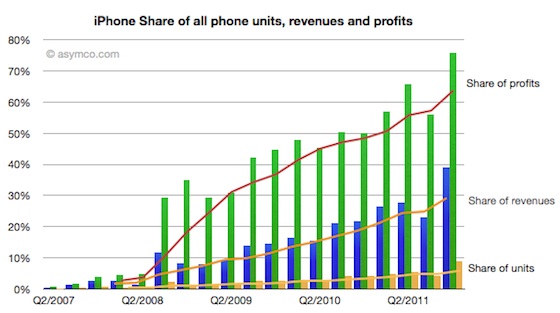 According to his numbers, Apple has taken the top place in profits for thirteen quarters in row after it had overtaken Nokia, and now the company dominates the market with 75% profit share. Apple succeeds by achieving high profitability on its high-end devices, which enables the company to generate the majority of profits while controlling less than 10 percent of unit sales.