According to the latest report from DigiTimes, Apple's suppliers are currently ramping up the production of components for the next-generation 9.7-inch iPad Air that is expected to be officially unveiled this fall alongside the Retina iPad mini. The new tablet will boast of faster A8 processor, improved Touch ID fingerprint sensor and some other hardware and software enhancements. Reliable insiders also believe that the tablet will become thinner. At the same time, the size and the display resolution of the device will reportedly remain unchanged. 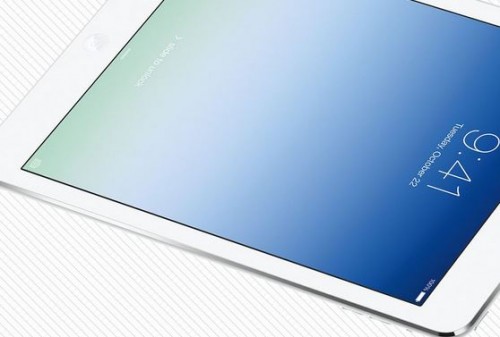 Apple's supply chain partners have ramped up production for components to be used the company's upcoming second-generation iPad Air, reports Digitimes. Citing sources close to production, the report claims that the device will remained unchanged in terms of size and resolution, but will feature a thinner profile, faster processor, and an improved Touch ID fingerprint sensor.

Apart from the iPad Air 2, the guys from Cupertino are currently working on a new tablet. This device is called the iPad Pro and features a massive 12.9-inch screen. It may be released in 2015, however, this is only a rumor.