Even though Apple hasn’t yet officially announced the dates for the 2016 Worldwide Developers Conference, it’s most likely that it will take place between June 13th and June 17th. These dates still remain available for booking at the Moscone Center, San Francisco, California, a place Apple uses to hold its annual conference for developers. All other dates are already booked for other events not connected with Apple or its partners. 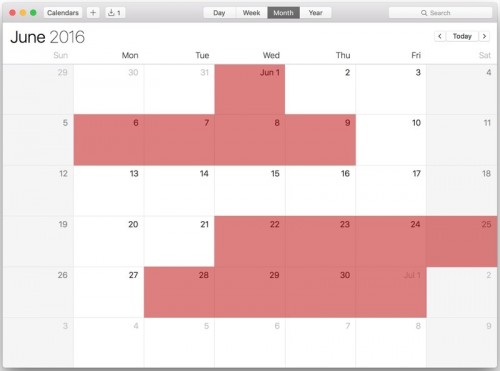 Here’s what reporters managed to find out:

During the first, second, fourth, and fifth weeks of June, Moscone West is booked for a Travel Association Luncheon, a Biotechnology Industry Organization conference, an International Society for Stem Cell Research convention, and the Red Hat Summit. There's nothing on the calendar for the third week of June, suggesting that's when Apple will use the facility.

Apple’s WWDC conference is a place where the company usually announces new software and products. In 2016, the company may introduce the next iteration of iOS, watchOS and OS X.