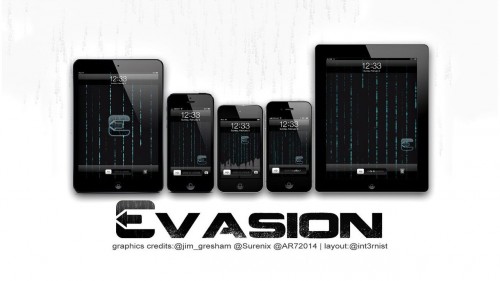 Saurik reports that about 18 million devices were counted by Cydia in the last six weeks, between untethered jailbreak release and iOS 6.1.3 which blocks this jailbreak. According to Forbes:

In the six weeks since evasi0n was released, however, close to 18 million devices have already been jailbroken, according to data from Jay Freeman, the administrator of the Cydia app store for jailbroken devices. He says he’s counted 18.2 million unique devices running iOS 6 visiting Cydia, including 13.8 million iPhones, 3.4 million iPads, and 1.1 million iPod Touches. Those numbers vastly exceed previous jailbreaks such as Jailbreakme 3, a popular hacking tool for iOS released in the summer of 2011 that was used on around 2 million devices, according to a count at the time by creator Nicholas Allegra.

The jailbreak game is not over. Famous hacker planetbeing says that at least one bug remains unpatched. Hackers will search for other ones for sure.

If you are still on iOS 6.1.2 or lower, you can find instructions on how to jailbreak your device here.