Universal Pictures has recently started filming first scenes for the long-anticipated Steve Jobs biopic written by Aaron Sorkin and directed by Danny Boyle. Earlier this week, the film crew was seen at the Flint Center at De Anza college, where Steve Jobs officially announced the very first Mac back in 1984. 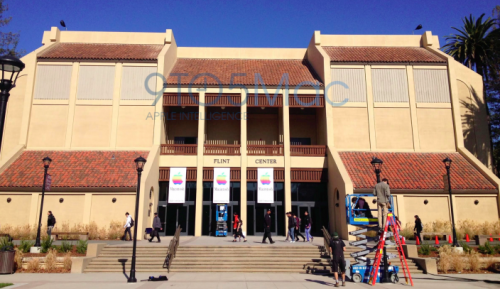 The images, which prove that the work on the movie is currently on its most active stage have been obtained and shared by 9to5Mac reporters. De Anza college has also confirmed the fact of filming for the biopic on its territory. 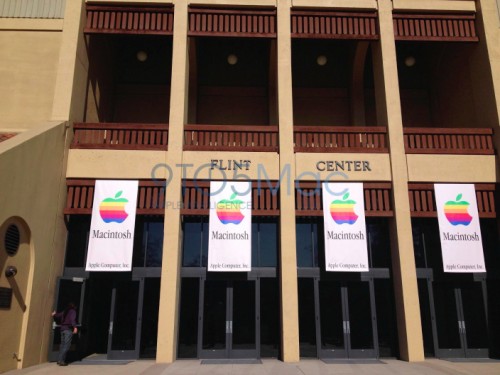 Filming for the upcoming Steve Jobs biopic written by Aaron Sorkin has been spotted at the Flint Center at De Anza college, the venue where Steve Jobs unveiled the original Mac in 1984.

A reader sent in the images above showing the outside of the Flint Center being decorated by the film crew with retro Apple signage for the Macintosh unveiling scene expected to be a key focus of the film.

Such stars as Michael Fassbender, Seth Rogen, Kate Winslet and Jeff Daniels are believed to be playing leading roles in the movie.

Are there any people here, who are waiting for the release of the Jobs biopic? Leave your comments below.