Foxconn to Suppliers: iPad 2 Production Will Not Be Delayed Due to Explosion 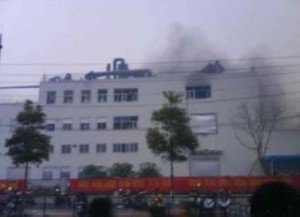 After Foxconn factory explosion, there obediently appeared rumors about how the incident may affect Apple's iPad 2 production. Some analysts have already suggested that the production impact should be minimal, but now China Times is reporting more definitively that the iPad would not be affected based on comments from Foxconn to suppliers.

Sources said the explosion at Foxconn Technology Groups Chengdu plant did not affect the assembly line of iPad. Foxconn assured major suppliers at an online meeting yesterday that under the principle of orders placed and goods delivered as usual, the production of iPad 2 would not be delayed and related iPhone devices and new iPad products would still be in mass production in the third quarter.