Apple’s 13-inch MacBook Pro equipped with Intel’s Iris integrated GPU proved that it is significantly faster in terms of graphics performance if compared to predecessors. 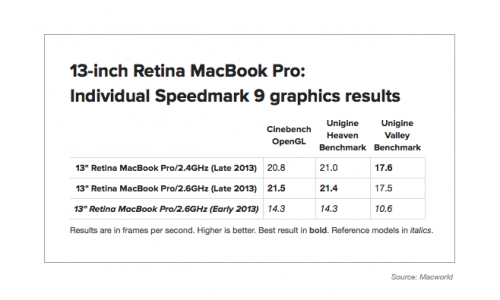 So, it turns out that the new Apple’s laptop will suit perfectly all those people who usually put a huge load on the GPU while working - designers, photographers etc.