A well-known hacker and developer Luca Todesco has recently jailbroken the latest version of iOS, iOS 9.3.3. Below you can take a look at the image showing Todesco’s iPod touch running Cydia 1.1.26. This image has been shared on Twitter by the hacker himself.

In case you don’t know, Luca Todesco is a person who demonstrated the untethered jailbreak of iOS 9.2, iOS 9.2.1, and iOS 9.3 beta in the past. Unfortunately, there’re currently no publicly available tools for jailbreak.

At the annual Worldwide Developers Conference in June, Apple is expected to announce the next version of the firmware for iPhones, iPads and iPod touch units, iOS 10. It is currently unknown if the exploits used to hack previous iOS builds work with this version. 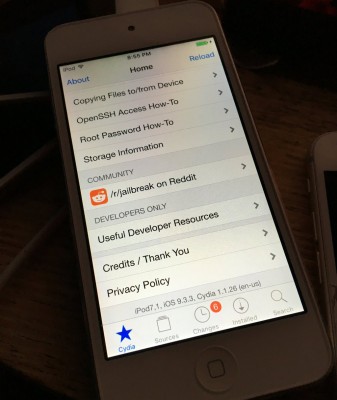