« Queen Of England Demands An iPad
What does the Skype sale mean for Apple customers? »

iPad 2 would have bested 1990s-era supercomputers 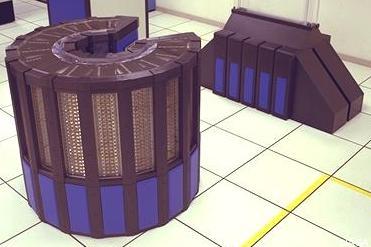 Dr. Jack Dongarra, who teaches at the University of Tennessee, is the keeper of the Top 500 list of the fastest supercomputers and also one of the authors of the Linpack computing benchmark, introduced way back in 1979. Dongarra's group decided to check performance iPad 2 having ported Linpack on the device. Tests on the iPad 2 have so far only been run on a single core of the A5 processor, but Dongarra estimates that a dual-core Linpack run will yield performance of between 1.5 and 1.65 gigaflops -- that's up to 1.65 billion floating-point operations per second. That raw performance means that the iPad 2 would have remained on the list of the world's speediest supercomputers until about 1994. The iPad 2, of course, is a 21st century device, but it is amazing that the single-processor iPad 2 has results of the four-processor version of the Cray 2 supercomputer (pictured). Perhaps, in 20 years or less, the power of modern supercomputers could be n an iPhone.

« Queen Of England Demands An iPad
What does the Skype sale mean for Apple customers? »